Anastasia Russa. PER-VERSION OF THE MYTH What became of the ancient gods? Possibly one of their manifestations today can be found in contemporary toys, the ones that represent figures with supernatural powers, or distorted features, as Anastasia’s artist-statement has suggested? Toys are the new incarnation of the heathen idols from the pantheons of various nations. We can look at them in many ways: as tools of magic rituals, as described in modern fiction; as totems of contemporary ‘tribes,’ whose behaviour and acts should be copied; or as votive objects (now bought in supermarkets – but, anciently, bought in the artisan’s workshop) given to children, yet retaining emblematic and mediational properties that have significance for the households in which they are placed? Some toys look like, mutants, demons, chimeras and mythic beings, fusions of various known creatures; whilst others represent superheroes, endowed with violent, destructive powers. It is as if all the gods and demons of the past had left Olympus and descended into Bosch’s Hell. Thus we are here given an opportunity to study some enlarged fragments of these grotesques. In the huge canvasses of this Artist we encounter baroque putti and Greek goddesses set against antique torsos in the act of consuming Watteau’s blushing young ladies.

The most intriguing feature of these new toys is that they are unreal and dangerous. They originate directly in imagination, and appeal to imagination. Does this new game liberate our imagination or, to the contrary, can it enslave it? Many of the modern toys do not appeal to the adult world, they do not imitate reality in miniature, they do not train anyone for any responsible role. Instead, they scrupulously prepare children to accept that in their adult life all their time will be occupied, fixated, possessed by, and dedicated to, consumption. In this sense, there is no boundary between the world of children and adult world. All leisure time is vulnerable to the obsessions that grip a fetishistic collector and, ultimately, to a new form of imprisonment – of primitive isolation – the self-selecting isolation of the computer game addict.

Pop culture, largely, represents another form of escapism, a retreat in an artificial reality; so games are not the only means of escape, social networking and cinema serve the same purpose. The Artist is not motivated by the incentive to criticize consumerism and pop culture as such, but rather by her own affectionate devotion to the overthrown gods of the past, and by painting as the classical language of art. 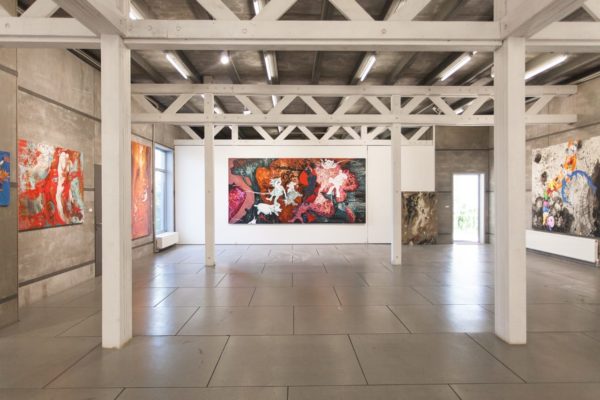 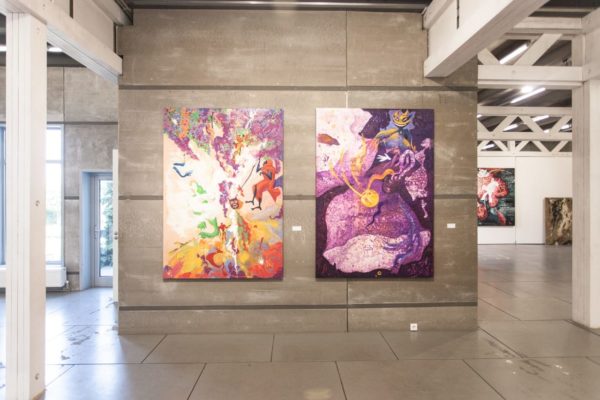 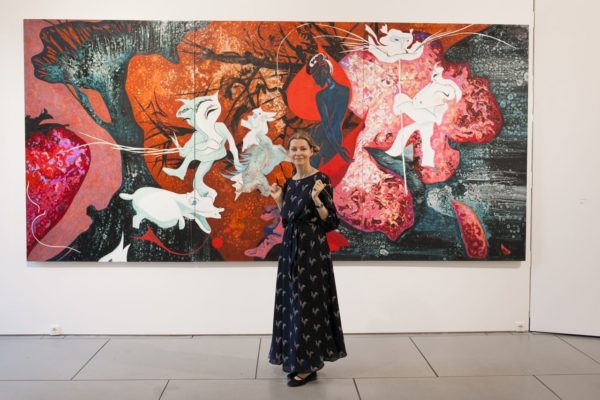