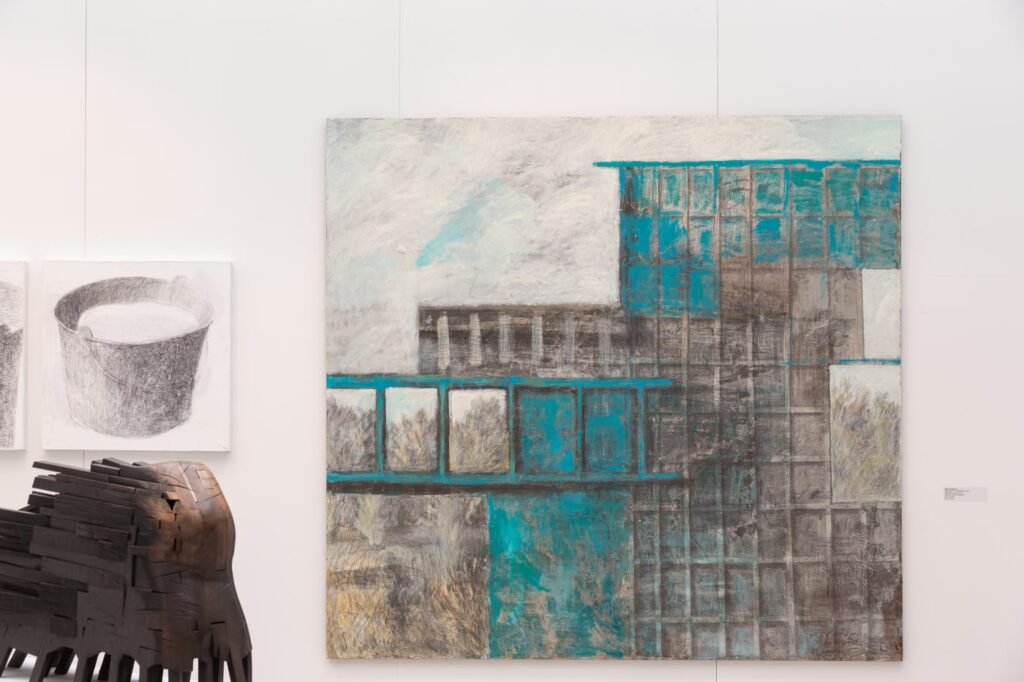 The idea for the exhibition at the main stand, C9, began with contemplation of dotted lines. We thought that the graphic pencil lines in Rozhkova’s works would combine well with the bars of wood in Pchelin’s sculptures. That was our concept, in any case. We were only able to witness the incarnation of the idea after it was mounted. And if we are to go by reviews from visitors to the stand, we got it right.

The main stand was quite different from most of the galleries at the fair. Our colleagues were showing bright, colorful art, which is understandable, since it obviously attracts more attention. Our stand, however, was almost monochromatic, a place where visitors could rest their eyes. It turned out that the contrast worked in our favor. The more vibrant part of our gallery – Valentin Korzhov’s sculptures – were being shown at the GridchinLab stand, which was also quite animated.

Valery Pchelin manned the main stand, where he chatted with visitors and discussed his drifters. Having the artist himself at the stand is quite a bonus as well, as we can always fall back on “well, here’s the creator himself…” He can explain how each drifter is on the one hand disconnected, decaying, and chaotic, and on the other is complete, self-contained, and alive.

The semi-abstract objects demonstrate movement from fragmentation to wholeness, during which process resistance from the forces of nature – fire, wind, water – must be overcome. It is why the drifters are so dark, as if they had been scorched.

Pchelin makes them according to architectural principles, building them up layer by layer from the base. You can understand what direction a drifter is moving in by the position of its “feet”. A natural form can be perceived in the shape of each drifter. This might be, for instance, a tooth, a rhinoceros horn, or a bird’s wing. 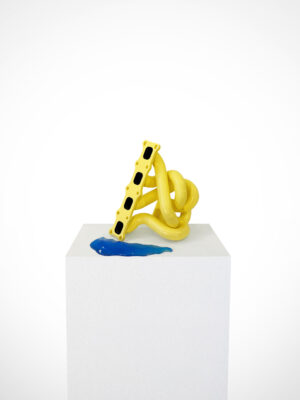 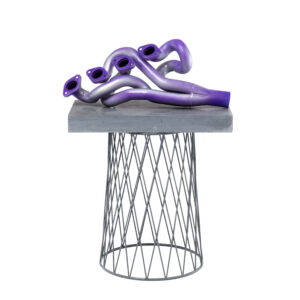 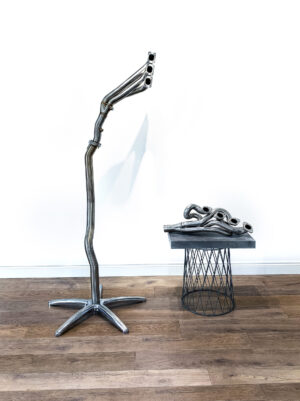 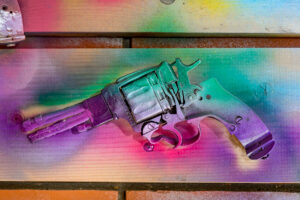 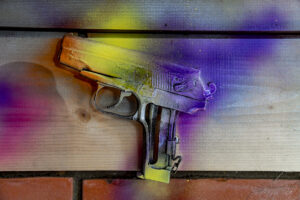 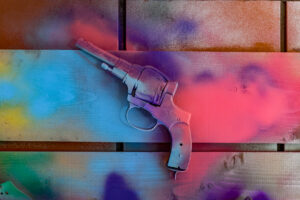 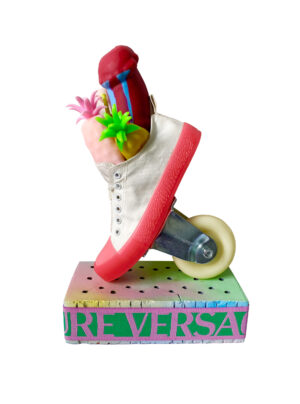 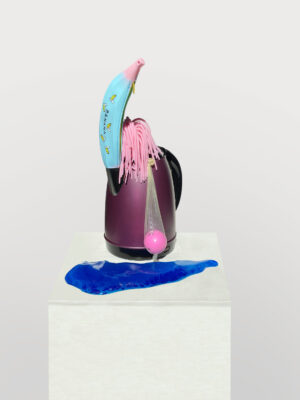 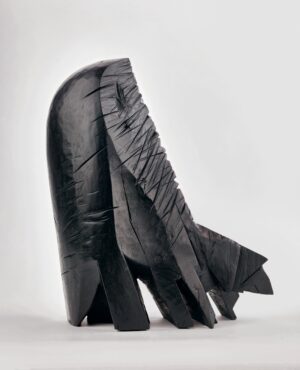 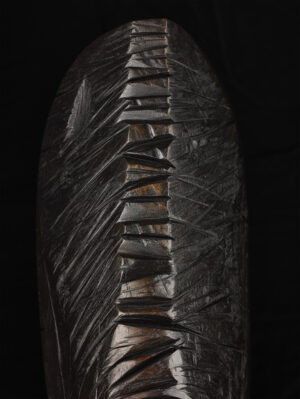 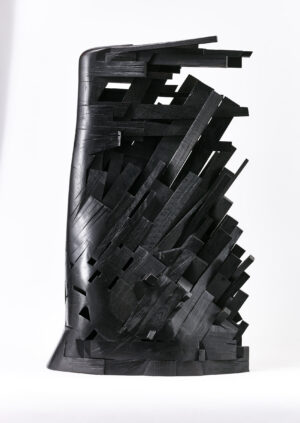 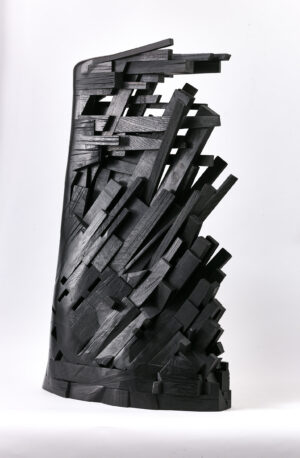 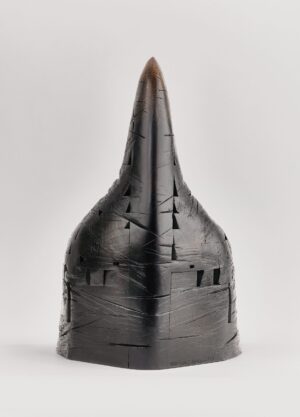 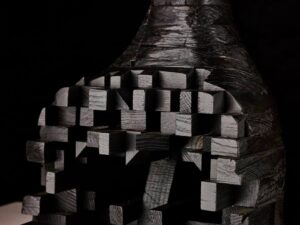 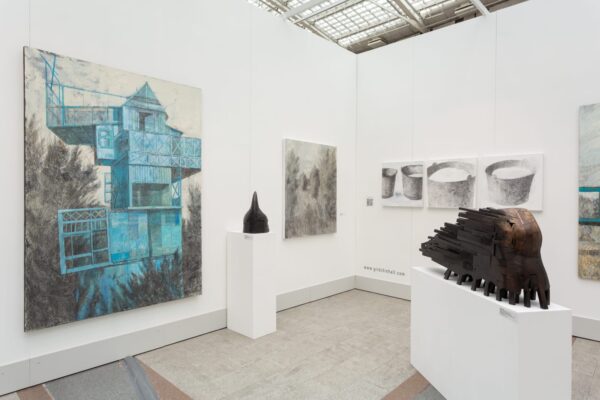