Liliya Lifanova. I am a modern nomad During her time in Gridchinhall, Lifanova zeroed in on the abandoned material of the site: an old army tent that has remained on the property for over five years period and served in the Russian army prior to that. It’s nearly destroyed condition attracted the artist as means to access the history that accumulated in the fabric, where the viewers are invited to engage with the artist in «open studio» style, where they can get to know and participate in the artist’s process. The space has been transformed into what is simultaneously becomes a stage and a backstage. Presented in the show are works that are set and props for Lifanova’s performance. Objects that frame the gallery space set up the condition of being in between, thus it is the viewer that completes this work in progress.

Lifanova takes used or discarded industrial materials and objects and transforms them into separate works that become part of installations whose scale and forceful presence have an overwhelming physical impact. Lifanova acts as an intermediary between the past and future states of her chosen materials, crafting them into sculptural objects and paintings while maintaining the discrete identities of their constituents.

Her work incorporates objects that brim with the entropic energies and forces of nature. Her arrangements evoke a precarious equilibrium of holly scrolls. Scrolls entered Lifanova’ sculptural vocabulary in 2006, which she chose for their lightness, mobility, and dynamic structure, as well as their iconographical import.

Liliya Lifanova’s was born in Kyrgyzstan 1983 and later moved to United States. She is a multimedia and performance artist. Her work is positioned between art, theater, and material investigations. Lifanovaʼs practice depends on research and collaboration over anextended time, fused with her deep engagement with physical creation and manufacture. Previously, she has used objects and systems of defense and resistance as vehicles to explore the shifting, precarious, and fragile balance of opposing structures: past and future, black and white, joined and divided. The resulting large-scale installations and paintings communicate a sense of displacement and migration, while grappling with the sense of self. 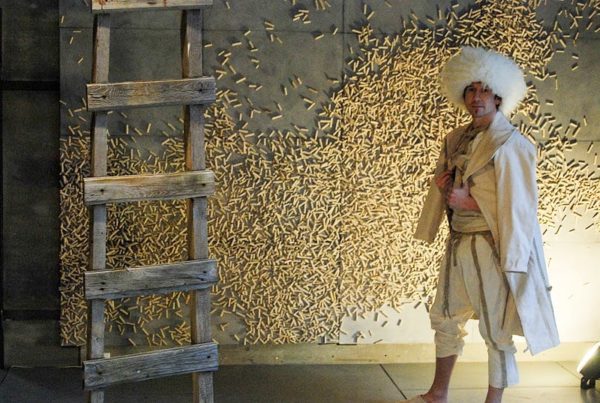 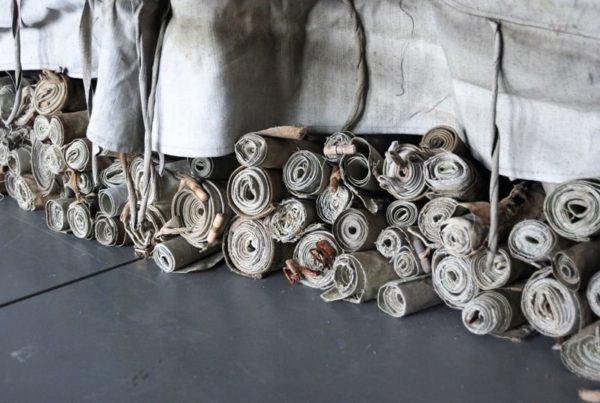