«Being is, but nothing is not»

The skeleton of a yurt overgrown with bushes, a concrete mausoleum crowned with a crescent moon, tin buckets filled with snow and stone snowmen… Gridchinhall brings the Kirghiz steppe and Moscow countryside fields to the urban Cube Space, juxtaposing landscapes showered in silver graphite dust with cold monuments meant to last forever, the viscous strokes of a gray slate pencil with the slippery face of granite, and rough canvas surfaces with the sugary graininess of marble. Despite these obvious differences, the works by Katerina Kovaleva and Yekaterina Rozhkova exhibit a concordant contemplation of the fluidity of existence, of the relativity of the concepts of ephemerality and eternity.

In an attempt to stop the material from disappearing, Katya Rozhkova collects snow in a bucket and encircles the former snow drifts with dotted lines drawn in pencil. Katya Kovaleva turns the ephemeral snowballs into sturdy granite and marble monoliths, creating “event tombstones”. Photographs and collages “measuring” the melted snowballs preceded the sculpting: observations of the disappearance of the object under investigation led to attempts to resist the impermanence of the world – mutatis mundis – of which we are reminded by one of the epitaphs accompanying the snowman memorials.

The yurts that Yekaterina Rozhkova “brought with her” from her travels in Central Asia for us become monuments to suspended movement. The artist came across these houses, which once lived nomadic lives together with their occupants, in their naked form, their carcasses stripped of their “skin” and their desolate, cone-shaped, concrete shells visible – echoes of recollections of a world in which the upturned bowl of the yurt mimicked the hemisphere of the heavens. The geometry of the ribs of the yurt skeleton as they interlace and converge into bundles counteracts the chaotic energy of the grasses and trees that disturb the tranquil horizon of the steppe. The transparent structure, at whose foundation lies the idea of a personal universe that is destructible and time-after-time erectable, becomes a pure artefact pointing to the imperfection of nature, but also destined to submit itself to it. Like the whiteness of the primed canvas that recedes from the onslaught of the insistent stokes of the graphite of a simple pencil as it gradually turns a flat surface into space.

MELTING is an exhibition that explores phenomena and events that disappear and are then reborn, the cycle of objects and nature, the idea that every end contains within itself a new beginning, and how memory lengthens the life of what has passed. It is about how melting snow nurtures the land for future life. Spring is coming. Make way for it.

Irina Gorlova, Head of the New Trends Department at the Tretyakov Gallery 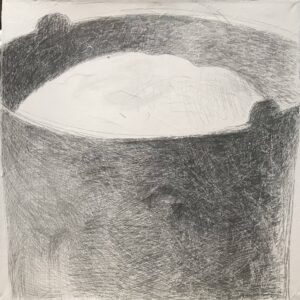 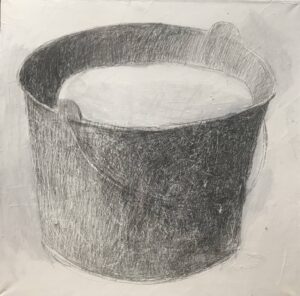 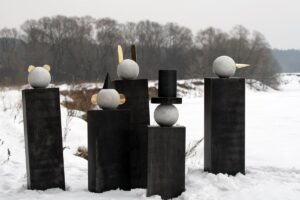 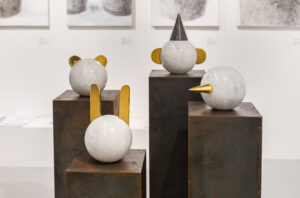 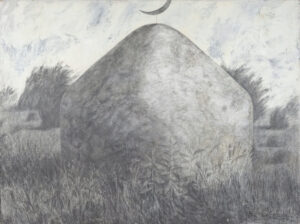 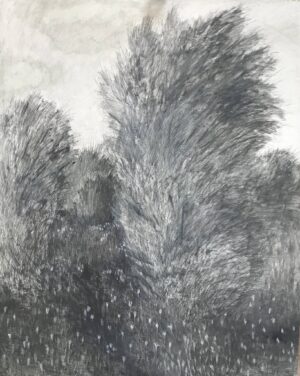 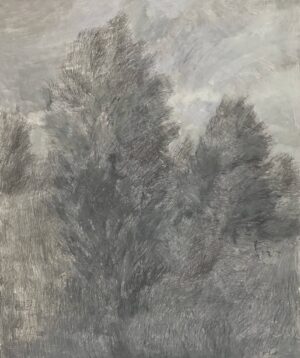 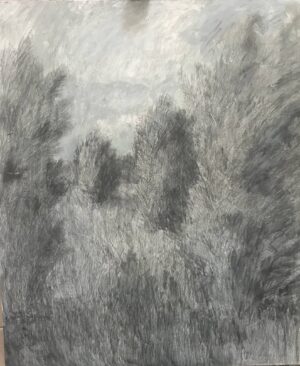 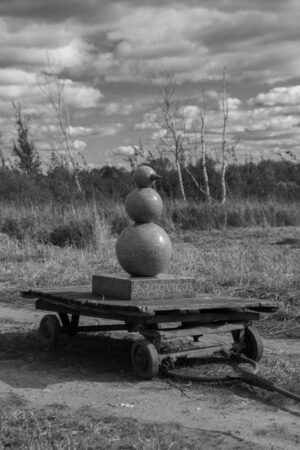 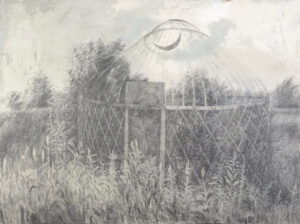 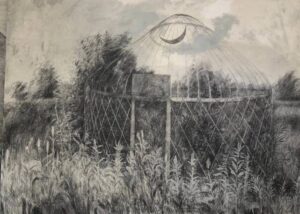