Zaum Tractor, 2013 presents notions of freedom and collectivity; contradictory forces that reside within the Russian socio-political environment. In a series of encounters with contemporary Russia, the artists re-imagine artistic ideas and actual events that have attempted to transcend the lived experience of the Russian participant.

Zaum Tractor opens with a face-off between ‘The Rite of Spring’ and ‘Victory over the Sun’, both premiered in 1913, here specially performed by the cargo ships of the Don River. The year 2013 marks the 100th anniversary of the Futurist ‘transrational’ Zaum opera ‘Victory over the Sun’. The opera attempted a fresh start, dispensing with meaning and symbolism. Promoted by Kruchonykh, Khlebnikov and other so-called zaumniks, the ‘transrational’ then influenced Malevich’s Suprematist abstract art.

In Zaum Tractor, Rostov-on-Don’s famous Constructivist Gorky Theatre building reinstates the symbolic, as two performers recite ‘transrational’ Zaum poetry across its vast public space, built in the shape of a super-sized tractor. The work also visits ‘eternal pools’ celebrating life and remembrance, contemporary social gathering spaces, the machine-like playing of church bells, modern-day Cossacks, Mayakovsky performed by prisoners and the voice of Yuri Gagarin whistling to himself as he orbits the earth in his solitude, gazing down.

The video performance is set to a series of compelling soundscapes built up by the artists during a three-month residency in Southern Russia, with added chaos inspired by the wild rhythms and ‘pure sound’ of Zaum.

About Sonia Leber and David Chesworth: Collaborating since the 1996, Melbourne-based artists Sonia Leber and David Chesworth have created a series of large-scale installation artworks, using sound, video, architecture and public participation. The Way You Move Me (2011) focuses on the rhythms and intensities of large-scale animal herding, Richter/Meinhof-Opera (2010) creates an encounter between Gerhard Richter and Ulrike Meinhof and Almost Always Everywhere Apparent was a major solo exhibition at Australian Centre for Contemporary Art in Melbourne in 2007. These are immersive conceptual works that envelop the viewer in cycles of evaluative and experiential contemplation.
For more information: www.waxsm.com.au 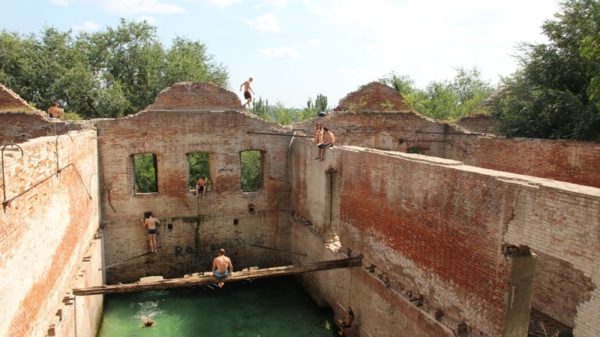